I looked at this outfit in the mirror and thought, dang, why haven't I worn this for Red and Black Week? Really, I've had this sweater for years.

But then, that's the problem, the sweater. Red and Black Week tends to happen in the late spring, and this long-sleeve, mock-turtleneck sweater is just too warm to wear except for a few months of the year in temperate Northern California. Thus, it always misses out.

So consider this a one-off Red and Black.

One Size Fits None

I can't believe there are whole stores selling "one size fits all" garments. Because, as that article rather hilariously proves, one size fits none. While they're talking about garments like shirts and skirts, which is pretty hard to believe one size could fit any kind of range, a place where "one size" has been standard for ages and doesn't look to change any time soon is hosiery.

Tights, in particular, and the more unusual the style -- like stripes, fishnets, spiderwebs, etc. -- are more likely to come in that dreaded "one size." And for a garment that is intended to be, well, TIGHT, being available in only one size is horrible. As a short woman with curves, one-size tights are my absolute nemesis. All tights are too long, so they bunch at the ankles, but one-sizers have the added problem of being uncomfortably tight at the waist. They'll sometimes ride down too. Ugh.

Which is why I love the heck out of the Calvin Klein black tights I wear most every day: They come in four sizes, as do all CK hosiery. That's more than most brands. Some only have two sizes, regular and plus, others might have three (adding a tall), but Calvin Klein actually has some diversity. It's not much, but it's just enough for me. Pity they're not in stock year-round!

Related: This is what happens when you buy cheap clothing from Singapore online. Hilarious yet sad revelation of the misleading size labels and shoddy quality of many of those super-cheap clothing retailers you see on the web. eBay and Etsy are particularly full of them, but any web search for clothes can turn up these too-good-to-be-true businesses. Yeah, not shopping there!

We Now Interrupt This Blog...

I'm switching webhosts for my trystancraft.com site, which you wouldn't think effects CorpGoth (being a Blogger site), except that I host all my photos on my own server (more storage, more control). So there may be some interruption of service and broken images over the next few days. I won't post anything new this week until I'm positive everything's up and running as it should be.

But if you see photos broken or otherwise not loading, it's not you, it's me. Sorry! But this should improve speed all around when it's done (and make my other site a whole lot better in every way). 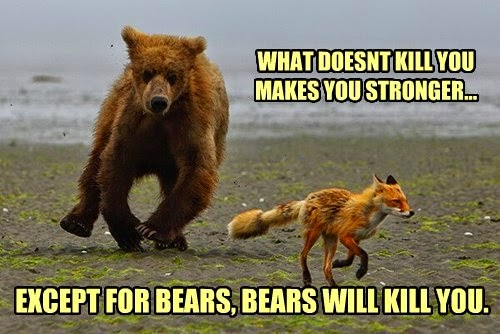 Prompt: Describe yourself in 10 words.

Questions culled from the discontinued Writer's Block feature on LiveJournal.

I've gotten really lazy about wearing makeup recently. Not that I ever wore a ton of makeup to work. My standard office-face routine used to be just eyes and lips. I'd wear black eyeliner, a touch of eyeshadow, and dark lipstick. Maybe once every couple of weeks I'd wear a light bit of foundation and powder, usually to cover up especially dark under-eye circles or an annoying blemish.

Well, since starting this job with the longer commute, I've been skipping the eye makeup more and more often. I probably wear eyeliner once a week, and eye shadow is just a shadow of a memory. That said, I'm loving the heck out of the Benefit They're Real Push-Up Eyeliner I bought a few months ago. It's cat-eye liner for dummies. It's all about the tip. The 'push-up' thing is actually a bit annoying because it doesn't always push up enough or a consistent amount of liner, but once you get it going (usually on a finger or a tissue), wow, it's great. That shaped tip draws perfect cat-eyes every time, as long, thick, and catty as you want. The stuff also has major lasting power. So much so that I had to buy Benefit's accompanying They're Real Remover to get the stuff off (my usual makeup remover required too much elbow grease, and rubbing one's eyes ain't nice).

Of course, I'm mostly wearing this on the weekends because I can't be arsed to tart up my eyes at the crack of dawn before going to work. Ah well.

What I apparently can be arsed to do is jump on Twitter. I'm slow to the bandwagon by a half-decade, I know. But it's not like I wasn't busy with every other thing online already. Are any of you on Twitter? Please follow me at ThisIsCorpGoth and chat me up! I'll still be blogging, but since December is super-freaky-busy for me, I may tweet more than blog because 140 characters is easier to fit in between stuff.

Also, due to my crazy month, there won't be another Mid-Month Status Report until January. Hey, you've all got holidays or maybe just weather to slog through too, right?

1. How many hours of sleep do you like to get in a night?

I want to get 8 or 9 hours of sleep, but that just doesn't seem to happen regularly, alas.

2. How many hours of sleep can you survive on indefinitely?

3. Do you enjoy napping?

Actually no. Naps just make me sleepy, not refreshed.

4. The average amount of time it takes a person to fall asleep is seven minutes -- do you tend to need more or less time than that?

It used to take me hours to fall asleep, but now I have meds that help me fall asleep in about 20 to 30 minutes. However I usually wake up for an hour or so in the middle of the night.

5. If you were offered a pill that would enable you to sleep only 2 hours out of every 24 and remain fully functional, but you could never sleep more than that, would you take it?

If I felt satisfied and rested? Sure, I'd do it. I only crave sleep because I feel so crappy without it. Sleep is a sometimes pleasant but often frustrating means to an end for me.

Spiderwebs and a Survey

Just a quick drive-by post for a particularly gothy outfit and a request. I received an email from Kaeli Smith, a fashion sociology student at the University of Delaware. She asked if I would fill out a survey on gothic fashion and its connection to upbringing, which she and her group will use for a case study. She also asked if I would post the survey to my blog.

In the interest of furthering study into the topic, here is the URL. The study is anonymous. I hope Kaeli will share a summary of her report with us later!

What would you do if given the following amounts (and using it to pay bills or debts is not an option!):

$1 -- What can you really do with a buck these days? It takes $2 to get a one-way trip on my daily commute, and a latte is at least $3. So I'd probably just put it in my pocket and save it.

$100 -- Oooo, here's where things get interesting. I'd treat myself to a new dress or pair of shoes from my CorpGoth Pinterest board, for sure.

$1,000 -- Plane tickets for me and my sweetie! We could easily go across the country to visit friends or go to Europe and stay with family.

$10,000 -- Remodel our bathroom. OMG, I hate our house's tiny little bathroom. We only have the one, and it's pathetic. This wouldn't be enough for a crazy-mega-awesome redo, but plenty for vital upgrades and some cosmetic touches.